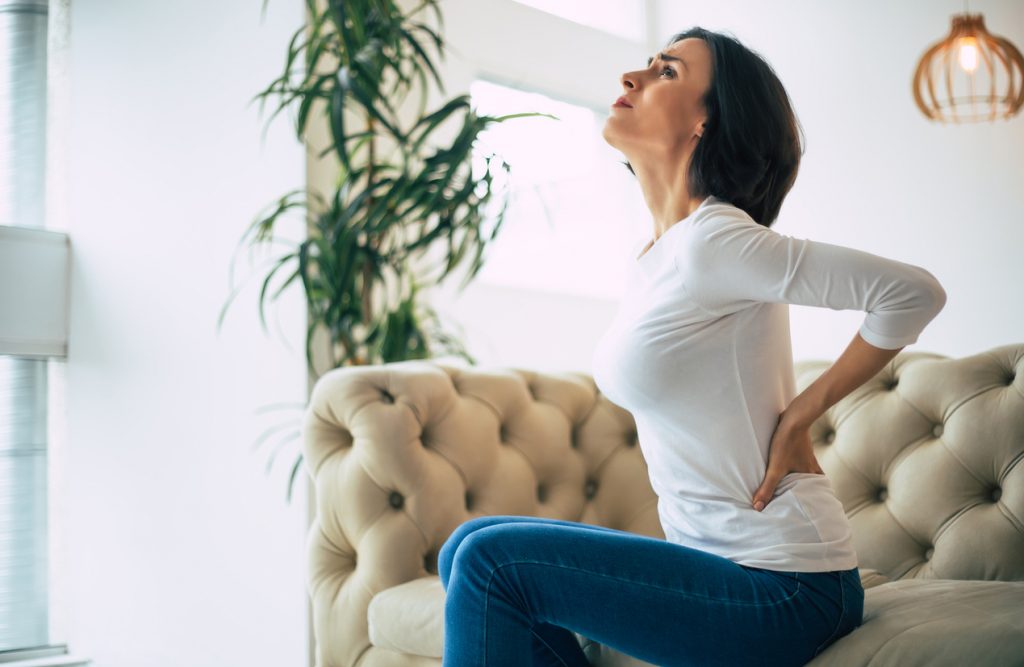 In Australia, pelvic pain affects 1 in 5 women and 1 in 12 men every year: it’s as common as shoulder and neck pain! Despite this prevalence, a pelvic pain condition called Pudendal Neuralgia (PN) flies well under the radar, even though its impact on sufferers can be devastating. PN is a painful, uncomfortable pelvic condition which affects bladder, bowel and sexual function in both men and women. The good news is that PN is treatable, but the lack of information about the condition, coupled with the embarrassing location of the symptoms, often leads to delays in diagnosis and unnecessary surgical or medical intervention. Sydney Pelvic Clinic is passionate about increasing community awareness of PN and helping patients to commence early, effective and appropriate management for this condition. 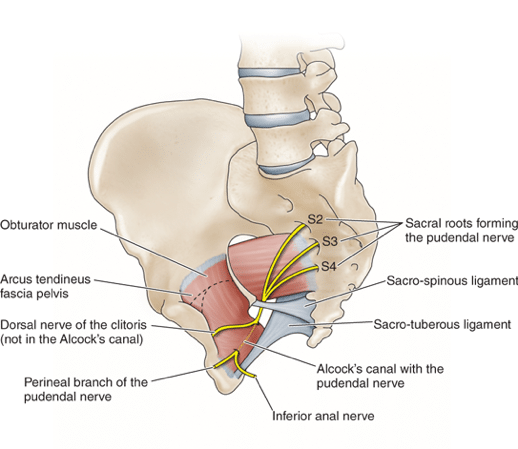 Pathway of the Pudendal Nerve

Three branches of the pudendal nerve supply the rectum, perineum and clitoral/penis regions. The pudendal nerve travels alongside key pelvic muscles and is made up of sensory, motor and automatic nerve fibres. Due to the complexity of this neural network, symptoms of PN can range widely.

What are the Symptoms of PN?

PN occurs when the pudendal nerve fibres are irritated or compressed. Think of when a garden hose is kinked: the water flow is reduced. This nerve compression can be a result of tension in the pelvic muscles, or from excessive sitting on hard surfaces that compress the inside of the SIT bones; for example, sitting on a bike seat where the SIT bones are wider the seat. The pudendal nerve can also be irritated from over-stretching in vaginal delivery, when it can stretch up to 3 times beyond its usual length. Surgery such as hysterectomies or hip surgery may also affect the nerve. In a condition called Pudendal Nerve Entrapment (PNE), the nerve becomes trapped. PNE is much less common than PN, and may require a surgical resolution.

How is it Diagnosed?

What is the Treatment for PN?

Pelvic Physiotherapy is first line management for patients with PN. You should be given an individual plan tailored to your needs, which may include:

Can I Recover from PN?

Yes. With an early diagnosis, and the right management plan in place, patients can expect to make a full recovery from PN. The body has an enormous potential for change, and is always seeking balance. Pelvic Physiotherapy can help you restore balance in the pelvis, so you can get back to normal life without the burden of PN.

Learn about what pelvic organ prolapse is, how it’s diagnosed, and how it’s treated.

Pain ‘Down There’? It Could be Vulvodynia

If you have vulva pain, it might be vulvodynia. Learn more about what vulvodynia is, how to diagnose vulvodynia, and vulvodynia treatment.

An End to Endo: Treatment for Endometriosis

For endometriosis awareness month, we’re looking at what this condition is, how endometriosis impacts women, and current endometritis research and support.

Here’s everything you need to know about overactive pelvic floor muscles including some simple exercises you can do at home.

How to Overcome Vaginismus: Life and Love-Making After Vaginismus

Everything you need to know about how to overcome vaginismus & have a fulfilling sex life, with Sydney Pelvic Clinic’s Pelvic Physiotherapists.

Have you ever felt the sensation of vaginal heaviness or bulging or just ‘something there’?﻿ Learn more about Pelvic Organ Prolapse (POP) with Alison Hui.

Endometriosis (commonly known as ‘Endo’) is a common condition affecting 1 in 10 women in Australia. Learn more about approaching Endo with Sydney Pelvic Clinic.