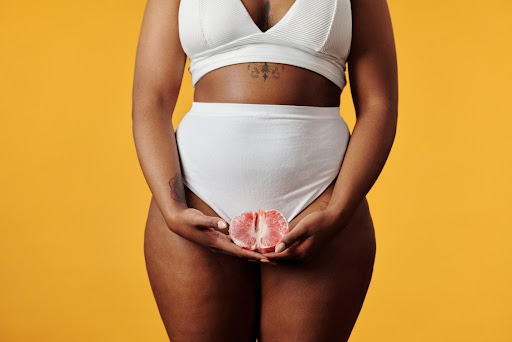 How to Overcome Vaginismus: Life and Love-Making After Vaginismus

The cultural and social messaging around sex gives the impression that it’s “fun and enjoyable” for everyone. For women with vaginismus, this couldn’t be further from the truth.

Love-making is extremely painful for people who suffer from the condition. More often than not, they try to avoid it altogether, which has a huge impact on them, their partners, and their relationships in general.

The good news is – there’s a light at the end of the tunnel. With the right approach, the condition is treatable. Here’s everything you need to know about how to overcome vaginismus and have a fulfilling sex life.

Vaginismus is a medical condition that causes uncontrollable spasms in the pelvic floor muscles. These involuntary contractions are triggered when you try to insert any foreign object – such as penis, tampon, or speculum – into the vagina. As a result, it becomes difficult, painful, and sometimes even impossible for women with the condition to have sexual intercourse, insert a tampon, or even undergo a routine gynecological exam.

In some women, the pain, difficulty, or fear they experienced the first time they ever tried to insert something into their vagina progressively got worse over time. As a result, they have never achieved vaginal penetration. This is known as primary vaginismus.

Others may have achieved successful penetration at one point in their lives but later down the line, started to develop severe pain during intercourse. This may result from factors such as trauma, radiation, or gynecological surgery. This is known as secondary vaginismus.

Other women may have developed the condition after menopause due to a decline in estrogen levels, vaginal elasticity, and lubrication, making intercourse stressful, painful, or impossible.

How Vaginismus Affects Quality of Life

Studies have shown a strong link between sexual disorders among women and psychological issues such as anxiety and depression. Vaginismus has adverse effects on the emotional stability, romantic relationships, self-esteem, and even personality of women diagnosed with the condition.

It doesn’t just affect the women, though. The condition can have adverse effects on their male partners, who may also develop sexual dysfunctions, including erectile dysfunction and premature ejaculation.

Individuals who have not been diagnosed with vaginismus often feel abnormal or embarrassed about their inability to have intercourse. This deters them from seeking help for their condition, which can have a severe impact on their self-esteem, leading to depression or anxiety.

Women with the disorder tend to avoid intercourse or any level of intimacy altogether for fear that it might lead to sex. This puts a severe strain on relationships, causing conflict and distance.

Many single women have reported feeling burdened with a “secret” they’re ashamed of. Some avoid meeting new people, socializing, and dating to sidestep the potential of forming relationships. More often than not, they find themselves caught up in a vicious cycle: The pain they experience during intercourse makes them feel anxious about having sex, which in turn makes love-making more painful. It reinforces the link between the two.

The lack of intimacy makes them feel inadequate about not being able to fulfill their partner’s desires. This goes both ways, which puts a strain on the relationship and may even lead to its total breakdown.

How to Overcome Vaginismus – Practical Steps to Take 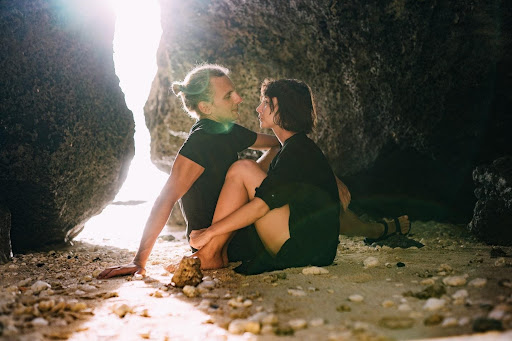 Men, by and large, aren’t typically aware of painful sex disorders among women. A supportive and loving partner can make all the difference when it comes to intimacy with individuals with vaginismus. It shifts the focus away from penis-in-vagina sex, removing the emotional turmoil that comes with feeling self-conscious about getting their vagina to “work the right way.” Here are a few tips to help you and your partner overcome vaginismus.

Suffering from vaginismus doesn’t change the longing for intimacy. The stressors that come with the condition can end up shutting down communication, especially when you feel you don’t have a safe space within which to address it productively. The emotional pain that comes with vaginismus deserves every bit of attention from both partners.

The most effective way to help jumpstart stalled or non-existent communication to resolve the underlying insecurities and resentment is sex therapy and couples counseling. These offer a safe, non-judgmental way to address all the issues that come with vaginismus to help alleviate conflict, withdrawal, and avoidance in relationships plagued with the condition.

Most therapists recommend psychosexual therapy for couples. It gives each partner space to express their feelings and identify potentially abusive behavior that may be aggravating the disorder.

One of the reasons why vaginismus is so troublesome has to do with how easily it divides and overwhelms the bond that exists between couples. The partner with the condition feels isolated while the other feels helpless. Traditional paths toward reconnecting don’t work in such instances.

First, you and your partner need to understand what you’re dealing with. Once you do, you’ll need to explore all the possible treatment avenues available to ease the strain vaginismus puts on your relationship.

Get as much information as you can from credible sources and take the necessary steps to set up appointments with licensed therapeutic and healthcare professionals. Together, you can then investigate the best treatment options for you. These include behavioral therapy, pelvic floor therapy, dilators, and more.

While there are several reasons why a woman might develop vaginismus, anxiety happens to be one of the major causes. The most critical part of love-making, especially among partners grappling with the condition, is foreplay. Penetration can become endurable for the woman once her vagina’s titillated walls expand.

The symptoms of vaginismus are aggravated when there’s not enough foreplay before penetrative sex. That being said, don’t discount other forms of closeness and intimacy beyond conventional intercourse to establish a deeper connection with your partner. Touching, kissing, and other sexual activities are just as stimulating to explore each other’s bodies creatively.

The Light at the End of the Tunnel

Several clinical trials have found that it is possible for individuals with vaginismus undergoing treatment for their condition to overcome it and go on to enjoy a healthy sex life. If you’re wondering how to overcome vaginismus, psychosexual therapy, physical therapy, counseling, and the use of vaginal dilators have shown remarkable benefits among women diagnosed with the condition. It will take some experimenting to find out what works for you and your partner. It will all be worth it in the end.

Learn about what pelvic organ prolapse is, how it’s diagnosed, and how it’s treated.

Pain ‘Down There’? It Could be Vulvodynia

If you have vulva pain, it might be vulvodynia. Learn more about what vulvodynia is, how to diagnose vulvodynia, and vulvodynia treatment.

An End to Endo: Treatment for Endometriosis

For endometriosis awareness month, we’re looking at what this condition is, how endometriosis impacts women, and current endometritis research and support.

This article explores the impact of gynecological surgery: its effect on your sex life, and the options for treatment.

Here’s everything you need to know about overactive pelvic floor muscles including some simple exercises you can do at home.

Have you ever felt the sensation of vaginal heaviness or bulging or just ‘something there’?﻿ Learn more about Pelvic Organ Prolapse (POP) with Alison Hui.

PN is a painful, uncomfortable pelvic condition which affects bladder, bowel and sexual function in both men and women. Learn more about this condition.

Endometriosis (commonly known as ‘Endo’) is a common condition affecting 1 in 10 women in Australia. Learn more about approaching Endo with Sydney Pelvic Clinic.