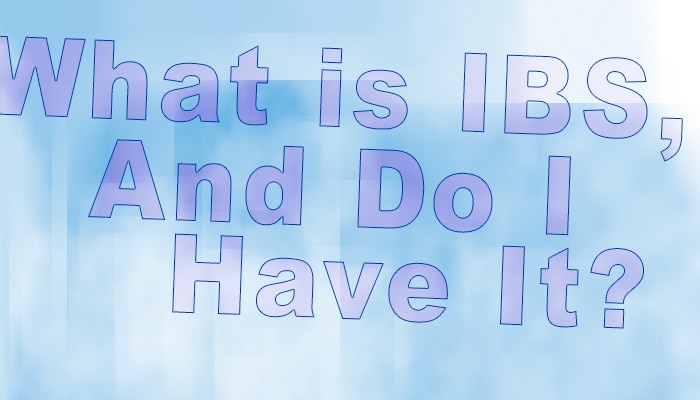 What is IBS and Do I Have It?!

IBS or Irritable Bowel Syndrome is a collection of symptoms that occur together, repeatedly and include many symptoms of the gastrointestinal tract. IBS is a functional gut disorder and is now considered a disorder of the gut-brain axis meaning there appears to be some dysfunction between the way the brain, nervous system and gastrointestinal tract communicate.

IBS is typically diagnosed after exclusion of other, more sinister causes of symptoms. For example be-fore an IBS diagnosis Coeliac Disease, Inflammatory Bowel Disease, Cancers or other organic causes of symptoms must be ruled out. A diagnosis is then usually made based on the patients history and physi-cal examination. The Rome IV Criteria is typically used for diagnosis and is shown below: (**NOTE: IBS can only be diagnosed by a medical professional**)

Recurrent abdominal pain, on average, at least 1 day/week in the last 3 months, associated with two or more of the following criteria:

*Criteria fulfilled for the last 3 months with symptom onset at least 6 months before diagnosis.

You just described my life – HELP!

Do all these symptoms sound a lot like what is going on for you? Don’t worry as you will now know you aren’t alone. IBS is incredibly common and fortunately there are many things we can do to improve your symptoms and quality of life, including lifestyle modification – changing the way you eat, move and even use the toilet, dietary intervention – looking at what might be causing gastrointestinal upset for you, as well as the all important stress management. If you think you have IBS, get in contact with your GP or a good dietitian with a special interest in IBS.

Physiotherapy is effective in treating stress incontinence in about 80 per cent of cases, according to the first national study…
Learn More
Tips

Women suffering from urinary incontinence can benefit from pelvic floor muscle training, commonly known as Kegel exercises, according to a…
Learn More
Tips

Pain in The Neck

Patellar Femoral Pain syndrome or Runners knee affects 23% of the population. It is common in runners due to its…
Learn More
Tips

Prostatitis-related conditions are the most commonly diagnosed urological issue in men under the age of 50.. Read about this topic with pelvic physio Alison Hui.

There are so many benefits to staying active and participating in regular exercise. Exercise truly can treat or prevent many illnesses.

This article by Sydney Pelvic Clinic’s Kathy Jennings discusses the symptoms, causes and management of pelvic pain in children.