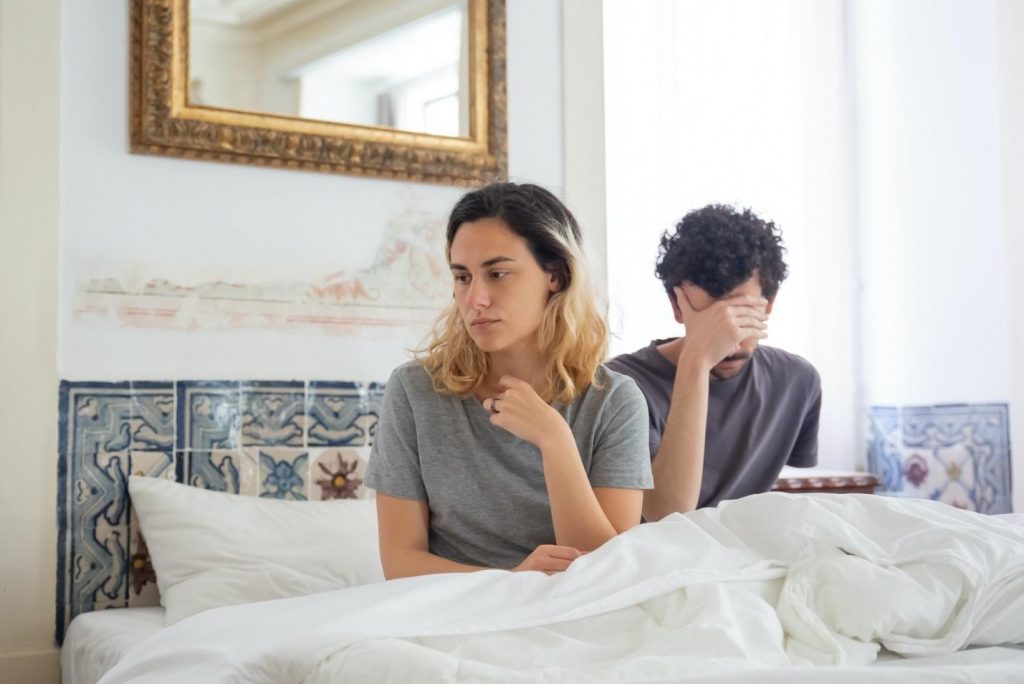 Erectile dysfunction makes it hard for a man to get and keep an erection. Read about how to overcome it.

Let’s talk about erectile dysfunction (ED) – a common problem most men never open up about. If you suffer from ED, you’re likely part of the 90 percent of the male population who choose to suffer in silence – and, understandably so.

As a man, you expect your penis to rise to the occasion whenever you need it to. When it doesn’t, you go into panic mode. You keep it to yourself because the last thing you want is for the world to know there might be something wrong with you.

We’ll be the first to tell you there’s nothing to be embarrassed about. The stigma attached to ED makes men less likely to seek help for it, and the truth is – ED is more common than you think. Just because no one talks about it doesn’t mean it’s not happening. The main reason men don’t discuss erection issues is the fear of being ridiculed and less with the condition itself.

Does erectile dysfunction last forever? Is there anything you can do to fix it? Here’s what you need to know.

What Is Erectile Dysfunction

Erectile dysfunction, or ED for short, refers to a man’s inability to get or maintain an erection for a sustained period. The condition varies in severity, from being completely unable to get hard and losing an erection during intercourse. The following symptoms all constitute some form of erectile dysfunction.

Several factors contribute to ED. Cigarette smoking, substance abuse, spinal cord disorders, pelvic trauma, surgery, radiation, and neurological conditions like Parkinson’s disease, stroke, and multiple sclerosis, are some of the most common causes of erectile dysfunction. Psychiatric and psychological issues and some types of medications have been linked to the condition.

There’s a huge misrepresentation of men in pop culture. The perception is – a “real man” is always ready for sex. He never experiences performance issues. He rises to the occasion on cue. He is confident in bed, and the inability to “get it up” is a slur on his masculinity. This couldn’t be further from the truth.

This kind of pressure leaves many men feeling traumatized when they cannot achieve or maintain an erection. It hurts their self-esteem and can have a detrimental effect on their relationships.

If you suffer from ED, you’re not alone. The problem is more common than you think. Based on the results of a recent study, more than half of the Australian male population aged 18 to 55 report experiencing one or more sexual disorders, including ED. For context, that’s roughly 6.8 million men.

Next time you’re hanging with your mates, take a good look at each one of them. Chances are several of them share your plight. Erectile dysfunction isn’t just common. In the majority of cases, it’s also easy to fix. 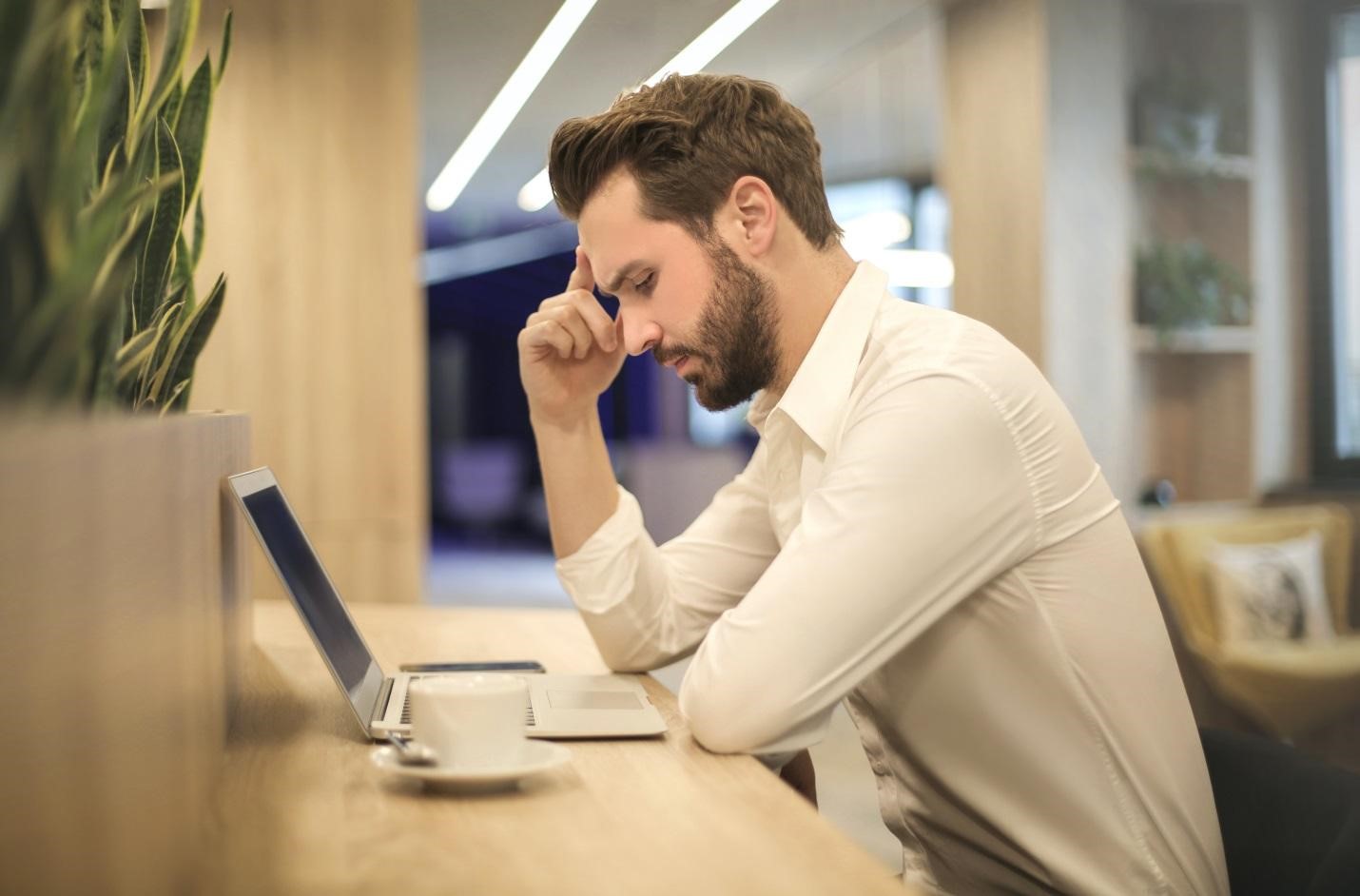 Erectile dysfunction often starts with denial. “I was drunk,” “I had a long day at work,” “You don’t turn me on,” – the list of excuses goes on. After a series of misfires, you’re confronted with the cold, hard truth that something is wrong.

Instead of doing what you would normally do if another part of your body wasn’t working as it should, you choose to ignore the problem. You suffer in silence instead of seeking medical help to resolve it. You feel embarrassed and ashamed, and you can’t talk to anyone about it, even your partner. You embark on a solo emotional journey with no support.

Erectile dysfunction has a terrible impact on relationships. Men with the condition eventually stop initiating sex with their partner, often worrying about their inability to perform. They become distant and avoid all forms of physical contact for fear that it might lead to sex. The lack of intimacy leaves your partner feeling alone and rejected. They feel unattractive, and it takes a huge toll on their self-esteem. They might even believe you’re having an affair.

Women often choose to stay silent about erectile dysfunction. They worry about upsetting their partner by bringing up the issue. They fear the worst –their partner no longer finds them “sexy” or attractive enough to get or maintain an erection.

The short answer is yes – if you choose to continue being silent about it and not get the treatment required to fix the issue. Treatment for erectile dysfunction has come a long way over the years. The first step in overcoming impotence is to identify its root cause. This could either be physical or psychological.

One of the most common physical causes of ED is atherosclerosis (narrowing arteries). Your doctor might suggest making some lifestyle changes, such as losing the extra pounds and incorporating at least 20-30 minutes of moderate-intensity exercise into your daily routine. If you’re hypertensive, they may prescribe medication to lower your blood pressure.

Focused Shockwave (FSW) therapy is a newer, cutting-edge treatment with a remarkably high success rate when it comes to treating erectile dysfunction. It involves the use of a handheld applicator that releases low-frequency sound waves directed at the penile tissue. It increases blood flow to the region.

Improving pelvic floor function has also proven quite effective in treating ED. A Physiotherapist would provide you with specific exercises to help strengthen the pelvic floor muscles, therefore, improving the quality of your erections.

Other popular treatments include vacuum pumps to stimulate blood flow to the penis, PDE5 inhibitor prescriptions like sildenafil (Viagra), and testosterone replacement therapy.

If the cause of erectile dysfunction is psychological, sex therapy and cognitive behavioral therapy are quite effective in treating impotence.

Light at the End of the Tunnel

Erectile dysfunction doesn’t have to last forever. Contrary to what you might believe, it is not an “old man’s” disease. It affects men of all ages and races and is more common than you think. Don’t suffer in silence. Erectile dysfunction is treatable.

Book a consult with a Physiotherapist today and fix ED once and for all.

Everything You Need to Know About Peyronie’s Disease

Does your penis curve when erect? You might have Peyronie’s Disease. Read about what it is and how to fix it.

Erection Problems? It Could Be Hard Flaccid Syndrome

Are you having trouble getting it up or down? You might be suffering from Hard Flaccid Syndrome. Find out how to fix it.

What Is Premature Ejaculation and What You Can Do About It

Premature ejaculation is nothing to be ashamed of. Read about how to fix it and improve the quality of your sex life.