Angela James is the founder of Sydney Pelvic Clinic and is a pioneer in the treatment of patients with pelvic issues using a holistic and Integrated Approach. She has a unique skill set which allows her to treat both the internal and external pelvic structures. This allows her to treat the pelvic unit as a whole and thus achieve more successful outcomes. She has over 15 years’ experience in managing complex pelvic issues for both women and men.

Patients travel from across Australia and the world to consult with Angela, having often sought help for their pelvic issue elsewhere without a successful outcome. Angela has an outstanding record of success with her patients, who often present with very complex issues. Angela is passionate and committed to helping patients overcome pelvic issues and returning them to their optimal health, whether that is sexual function, continence or pain reduction. Angela uses an individual approach for each patient integrating manual therapy, education, mindfulness, and Physio Exercise or functional conditioning. Angela strongly believes in educating her patients so they maintain control and play an active part in their recovery. Angela completed her Clinical Masters research project with Curtin University examining The Effectiveness of Neuroscience Education for Patients with Chronic Pelvic Pain.

Angela is passionate about pelvic physiotherapy, and has developed a team of like-minded, highly trained professionals at Sydney Pelvic Clinic. Her number one goal is to achieve successful outcomes for her patients. Angela regularly runs courses for practitioners such as The Pregnant Pelvis – An Integrated Approach and The Role of the Pelvic Floor Muscles in Sexual Pain.

Angela is mum to two boys and understands firsthand the changes a woman’s pelvis undergoes during pregnancy, birth and post birth. In her spare time Angela enjoys sport, she’s played hockey at national level, completed 2 marathons and she is an accomplished rock climber. 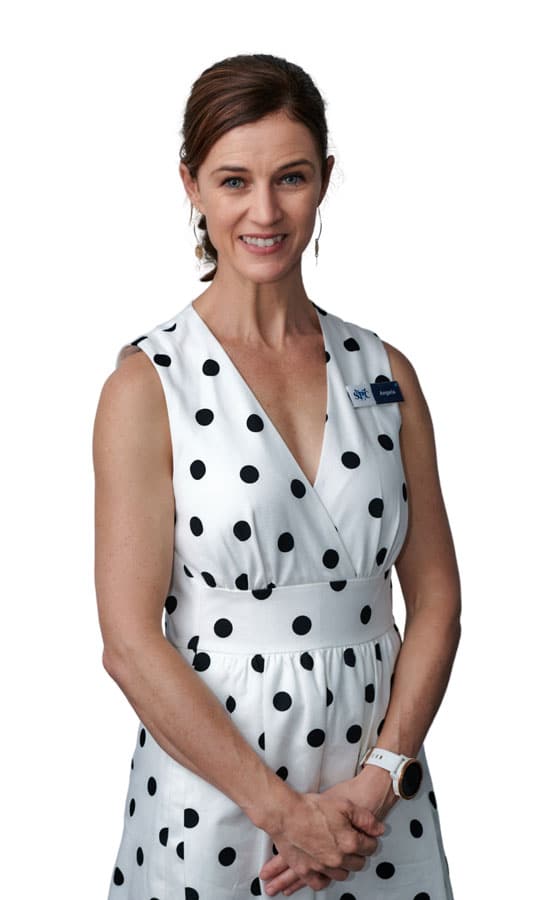